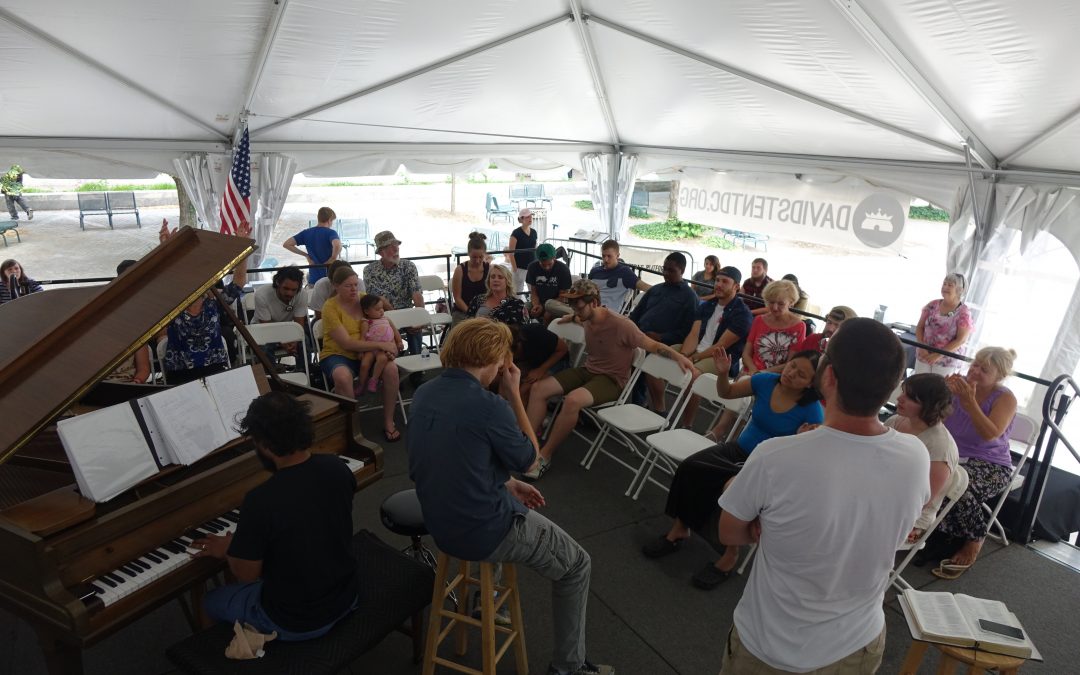 For each of us at David’sTentDC, community requires intentionality.   When you operate as a 24/7 community and live in several different locations around a very busy city, the opportunity to be all together at one time is not a simple thing to schedule & it doesn’t just ‘happen.’ It’s actually something you have to fight for, carve out of your schedule, and for most it means sacrificing something valuable, whether it be sleep, a meal or even the only portion of ‘personal time’ they have in their day.

This is what happens when all of Davids Tent staff gather together to sing praises to Jesus! We are all here because we know that Jesus is worthy of our praise! There is so much joy and thankfulness pouring out!!!! #blessed #iamdavidstentdc #songthatneverends

Last night, at David’s Tent, we had one of those ‘fought for’ moments as all of our staff gathered for a corporate time of worship and I’m pretty certain everyone agrees that it was worth it. For those of our staff who cover night watch, they rarely get to interact with, let alone worship with, those that cover the day watches and vise versa. Because of this reality, last night was a gift.
Yes, it was hot. Yes, it was a bit muggy and slightly drizzly. Yes, there were sirens and motorcades blaring by intermittently. Yes, there was only one acoustic guitar and a few hand drums to lead us (because yes, we are still worshipping unamplified 20 hours out of each day’s 24). Yes, there were plenty of things that happened earlier in the day that gave reason for our hearts to be burdened, but…
As Psalm 100:4 instructs, we entered His gates with thanksgiving and into His courts with praise, and wouldn’t you know it, His Presence broke us free. We spent the next two hours declaring our gratitude, confessing our sins, exhorting one another, laying hands on one another, calling forth the fire of God into each other’s lives, worshipping extravagantly for an Audience of One, and being reminded of His goodness as our Father.  Though we came for the purpose of pouring out upon Him the praise and honor He alone is due, we somehow left more filled than when we came.  Ha!  I love Him.  He really is that good.
Our staff is multi-generational and what an honor it was to look around the tent and see these generations gathered together – from the unborn growing in the womb to those well into their 70s. From singles, to married, to married with children.  From citizens of the United States to those of other nations.
Psalm 145 speaks of generations commending His works to another and Psalm 133 makes it clear that when God’s people dwell together in unity, He commands His blessing.  Last night, we experienced that blessing and I saw the Word being lived out right there, under a simple white tent, in the heart of our nation’s capital, and believe me, it was a beautiful sight.