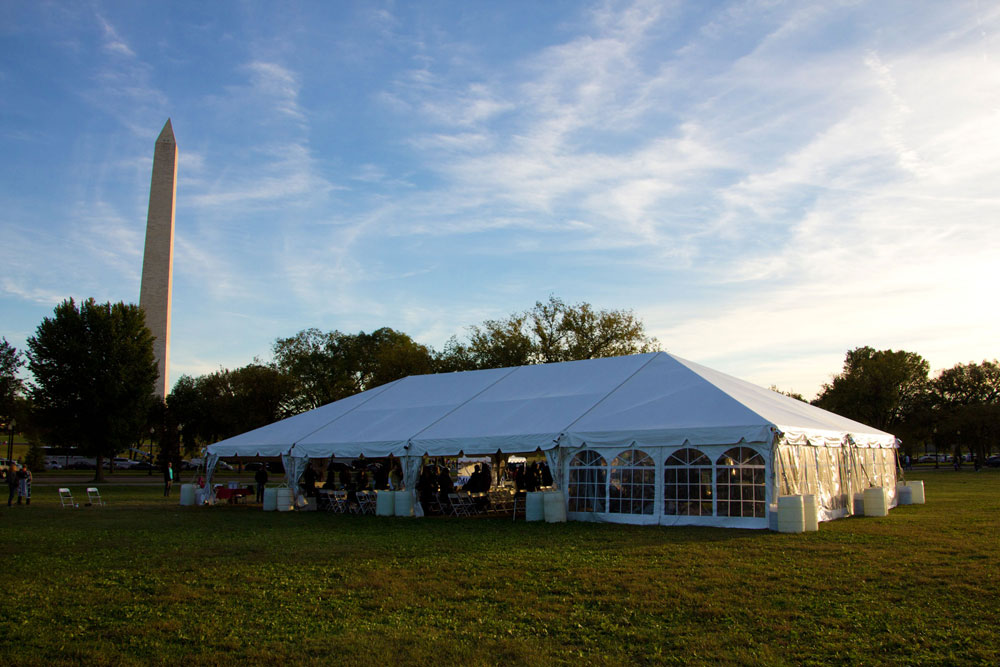 David’s Tent in the Bible

Davids Tent DC is a 24/7 continuous song of worship unto our Glorious King Jesus on the White House Ellipse, perhaps the most “public place” in America. DTDC  is patterned after King David’s Tent in Israel, 3000 years ago, who employed 4,288 worshippers (1Chr. 23:5; 25:7) to minister to the Lord continuously in a tent near his palace during his 33 year reign in Jerusalem. Worshippers from over 150 different churches and ministries have gathered in DC the past two years to fuel this fire of love in 2 hour segments.   This is all done simply because Jesus is worthy!  Public worship should not be something we do once or twice as a last ditch effort to show God we need his help. David’s Tent is about redefining a culture to be centered around Jesus and His Presence. Through David’s Tent, thousands of worshippers come from all 50 states. David’s Tent is a pubic gathering place for America to worship Jesus, just as David’s Tent was in Jerusalem during David’s reign as King. (Psalms 122:3-4)

Davids Tent DC was pioneered in the fall of 2012 with 40 days of continuous praise on the WhiteHouse Ellipse.  The vision was initially put forth as a smaller event at a local park in DC called “McPhereson Square.”  When the National Park Service (NPS) voluntarily suggested that we do David’s Tent on the White House Ellipse, the planners of Davids Tent immediately knew it was a “God Moment.”  God was beckoning to America that He was jealous to be at the center of our attention, not some side-show in America.
According to the NPS, up to that time the NPS had never given a permit for more than 14 days on the National Mall, they granted David’s Tent a 45 day permit. It was clear that in the midst of the enemy coming in like a flood in America, God had created a breach.  It was an opportunity that the church of America had to run to. And they did. The trumpet went out, “Just Praise for 40 days” and 167 worship teams responded with over 10,000 participants that first year.
David’s Tent DC 2012 was a huge success, even in the midst of Hurricane Sandy!  During the hurricane, we relocated, without the song breaking, to a church on Capital Hill, one block from the Supreme Court, Faith Tabernacle. After four days, we returned out to the WhiteHouse Ellipse.
David’s Tent DC 2012 was incredible witness to the light and love of Jesus.  The 40 day staff of David’s Tent did a great job of becoming part of the community and culture of the NPS and Secret Service security staff that we would interact with every day. Coming and going every day for 40 days is plenty of time to become friends with those that work on site, keeping a perimeter of protection around the President.   It was actually a staff member for the NPS that was the first to suggest to us that we should make David’s Tent DC an annual event.

The spring of 2013 came with a huge decision for the David’s Tent DC team.  Do we in fact do this again? This wasn’t election year, would the Church of America still respond to the call? Was the incredible response of 2012 primarily “election-urgency driven” or was it in fact, “the worthiness of Jesus to receive the offering” driven?  No man can judge the motives of others hearts, so the David’s Tent DC team simply had to again hear from the Lord.  Do we take up the commission to make this an annual event?  The bottom line was that we had  permission again from the NPS to do it and Jesus was still just as worthy of the offering in 2013 as he was in 2012.  We went for it, believing that David’s Tent wasn’t just a one year event, but something that is to become apart of America’s Culture, this is just who we are now.
The church of America passed another test. A new normal was set for America in 2013.  194 worship teams showed up in 2013, even more than 2012!  Shortly after Davids Tent started, the government shut-down.  The first things to be closed were the National Parks.  That meant the mall area, and WhiteHouse Ellipse.  You may remember there was a situation with the World War 2 Veterans not being allowed to visit the memorial that was made to honor them, because even the memorial had crowd control barriers around them to keep people out.  Amazingly though, in strange favor, Davids Tent DC was allowed to continue without missing a beat. The government of America closed, but the tent of worship to Jesus, around His throne, kept blazing!

The astounding truth is this:  David’s Tent DC was born out of a miracle.  It has remained standing as miracle. The NPS has not only given us a 50 day permit for 2014, but has even indicated they would consider up to 120 days in the future!  For whatever reason, in a time when religious liberties are in jeopardy and there seems to be an attack on Christianity in the public square, God has made a way!  We don’t take this for granted, but lean into it with all our might.  We have a permit to do this yet another year.  Let’s go for it!  We beckon you again to come and run into this breach with us, waiving our banners high to Jesus!   Every year is a miracle!  2014 will be too.  Who knows what will happen!?  Can you see the twinkle in our Father’s Eye?  Come and make History with us!  To our knowledge no nation has done this in their nations capital for 3000 years, since King David did it in 1000. B.C.
Only David did it 365 days a year for 33 years…  There’s always room to grow!  David’s Tent could just as well be called ‘The Jesus Tent.” It’s Jesus’ devotion, not David’s, that is the motivator of this love response!

As the 50 day event draws closer we will be publishing a weekly schedule for what’s happening at David’s Tent.  A great way to stay in touch with the day to day is by following Becca’s Blog.

There are several other David’s Tent worship events happening around the country this year.  And even one in the United Kingdom.  Stay tuned as we help support those events.  We all serve the same King!   We would love to see a David’s Tent event in every state in America.  Jesus deserves no less!

This year we have set aside 50 days for continuous worship.  That’s one day for every state in the Union!  We need worship leaders from each and every state to organize bands to come from your state!   How many sets can you fill from your state this year?  Get in touch with us and we will help you get it organized!   Contact our worship coordinator HERE.

Don't Be Shy. Get In Touch.

If you are interested in working with us, send us an inquiry and we will get back to you as soon as we can!