Dreaming of the New Jerusalem

David’s Tent is caught between two competing, but both valuable, visions for the National Mall, and Capital City.  King David’s vision for His Capital City:  A place for all Israel to gather, worship and give thanks to the Lord!  (Psalms 122) 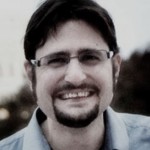 Thank you all that have been praying for David’s Tent DC’s new location.  We consider every prayer part of our worship and declaration that Jesus is Worthy of the highest, centermost places of our lives and culture.  Through this all, we’re still singing at the Tent!
Thank you for so many that have put their efforts together to contact members in Congress too.  Your efforts opened up a great dialogue with the National Park Service (NPS) yesterday.  They didn’t give us an option, but there was a discussion about the possibility of an option.
The possibility of the option floated, would have us stay where we are at Constitutions Gardens Plaza, but be coexisting with the construction trailers and equipment for the restoration project of the lock-keepers house on the corner. They warned us that we have to measure it out to see if we’d all fit there and there would be much noise throughout the day, but it’s a possibility of an option for us.  (This would only be to buy us time, not a long term solution. Eventually a restaurant will be build on our spot.) This will be further explored as we walk the site all together next Wednesday afternoon, making measurements to see if we’d even all fit there. It’s a tight squeeze for sure.
In my guts, I’m skeptical this is “it.”  But we will be considering it in the meantime. Let’s contend for His best in faith, prayer and action!  Yesterday’s meeting was bountifully productive though.  We were honored to have a great candid dialogue with those that we are working with at the NPS permits office.
The NPS permits office wasn’t notified until recently that this reconstruction project of Constitution Gardens is starting. It was planned for a long time, but on hold.  Suddenly the funding came in and triggered the quick beginning, The notified us as soon as it was handed to them.  The permits office hasn’t been given a solid start date yet, just a commission to not permit anybody there after our current permit runs out March 10.
The NPS permits office is bound to the constraints put on them from higher up.  They explained their conundrum with us.  Several years ago, congress gave them the mandate to make the mall area beautiful and fulfill the vision of George Washington to have the Capitol in the midst of rolling green hill spaces. The NPS just in the last couple years put 8 million dollars into the reconstruction of the sod on the main stretch of the mall. Next is Washington Monument Grounds, as piece by piece, they are redoing the turf.  Which is why the new turf regulations were enacted last year, and our tent can’t be on grass any more than 5 days at a time now.
So why not just make more hardscape places?  With each new monument, museum or restaurant, that vision of a Capitol surrounded by rolling green spaces is being chipped away. The NPS was mandated by congress to defend that vision and get the mall area looking beautiful.
On the other hand, the NPS is also to be permitting 1st amendment demonstrations on those same areas. These two visions, beautify the National Mall and make room for 1st Amendment demonstration, conflict greatly, at great cost and stress for all involved.
This is why your calls and letters to congress were and are so important. Keep them rolling!  I want to be clear: I do not think the NPS is being malicious toward us. I would say the opposite. I really trust they are trying to find a solution, but their hands are tied. We need Congress or the Executive Branch to act. What is OUR GENERATIONS vision for our Capital City?  Will 24/7 worship and Praise, and Jesus Himself, be part of our vision for the Capital going forward?
We’ve come full circle back to the vision of David’s Tent DC! King David made the Lord the central vision in his administration.  With a 24/7 worship tent employing 4288 musicians and singers adjacent to his palace, David wanted to be sure God knew, that he had enthroned God over his administration.  Will the David hearts arise!?
So far, from the response that I’m getting.  I’m encouraged!  There is a remnant in congress, and around America,  that loves Jesus with all their hearts and not only do they know that He’s the Lord, but have also made Him their Lord.
And that Remnant… is only getting bigger.
Stay tuned…  We will update you as we know more.
Dreaming of the New Jerusalem,