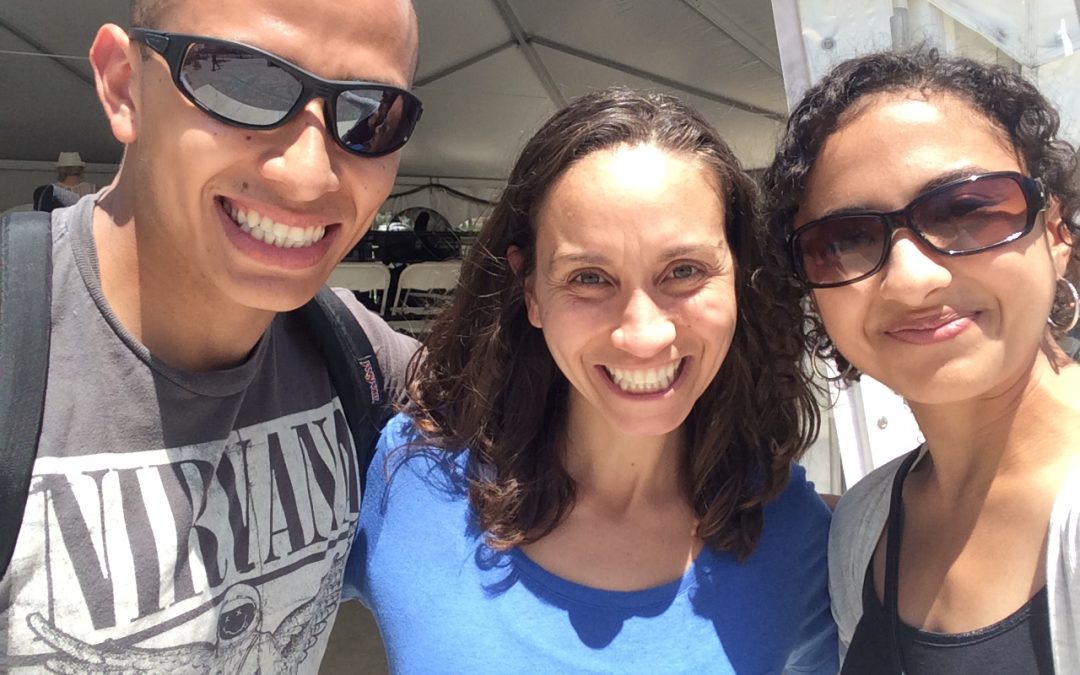 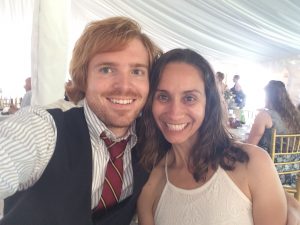 God is a God that loves to partner with His children! He loves to invites us along as He touches hearts here on earth.  “Going to work” with Dad, is one of my favorite things!  I love how He gently nudges my heart toward a person or a group and softly whispers “Carole, I want to touch his heart today, will you join me?”  At David’s Tent, I have the honor of going to work with Dad.

One Saturday, we had a team in from a Texas house of prayer.  As they entered the tent, I knew that God wanted to touch hearts and he was inviting me to join Him.  At David’s tent, we believe that as the worship team is completely focusing upward towards Jesus and ministering to His heart, God will be faithful and minister to the people in the tent and around the area.  I knew that this worship team would vertically worship God and through their worship God would pour out Himself to His people today.  On that day, as I was greeting people who came into the tent, a woman walked in, and she shared that she had passed this tent so many times but for various reasons never stopped in. Today, however, she just wanted to let our staff know how encouraged she was by the tent even though she wasn’t able to come in until now. She continued telling me that, like herself, there was many others that knew about David’s Tent in DC who didn’t always have the time to come in and worship. Still they were very encouraged and thankful for what we were giving up to make this happen.  God was using her to touch my heart.

When this woman, Kristen, came into the tent with her infant son and sat down, we started talking. I learned she lived very close to the tent and was an active member of a local church in DC. I was just about to pray for her, as she and son had to leave, when an older gentleman around 60 came in. I greeted him saying, “Welcome to David’s Tent. Have you been here before?” I could see he had a scared look on his face. Suddenly he started crying, saying, “I’m terrified! I’m terrified! I’m terrified!”  With as soft and sweet of a voice as I could manage, I said, “It’s okay. You can sit down.  You’re welcome here.” Even though I was not completely sure what was going on inside of his heart, I knew that God wanted to do a healing work inside this man.

He then continued to explain that he had passed the tent many, many times but had never had the courage to come in.  He was afraid that people would judge him because of the past sins that he’d done in his life. As we talked, he continued to interject into every other sentence, “I am terrified. I am terrified.”  Kristen overheard what he was saying, and she approached him and said, “I said the exact same thing to this staff person about five minutes ago. God has really put you on my heart as I have listened. May I pray for you? “

The three of us (well four including the baby) went outside the tent so we could pray. I asked the man if he minded if we put our hands on him as we prayed. As he nodded his head yes, he started crying. Kristen prayed a very powerful prayer that brought more tears to the man’s eyes. He thanked her for praying and said, “The one thing that I would like to offer you is the only thing that I can. I will sing you a song.” Immediately he started singing Jesus Loves Me. As he lifted his beautiful voice in song, Kristen and I sang along with him.

Kristen said her goodbyes and said that she would come to the tent even if she only had 10 minutes. In response, I encouraged her to come; God wanted to use her in powerful ways no matter how short the time.

After she left, I introduced myself to the man, Terry. We decided to sit on a bench and talk.  As we did, Terry started telling me that he never told anyone the things he was sharing because he felt like he was going to be rejected and judged. He continued that he hadn’t walked into a church for many years. However, today he felt that he had to come into the tent and tell someone.  He shared for an hour-and–a-half. During this time, I mostly listened and gave some encouragement here and there.  Towards the end of our discussion, Holy Spirit prompted me that I was to look him in the eye and say, “Terry, God wants you to know some things. The first is that He says to you what He said to Jesus during his baptism: ‘You are my son, Terry. I love you and I’m very proud of you.’ ” Again tears rolled down his eyes as I just hugged him.  I continued and said, “God wants you to know that He forgives you for these things for which you have repented. You have taken a bold step in trusting Him today by coming into the tent.”

I finished by praying for continual boldness for him, by encouraging him to develop healthy relationships with other believers, and by giving him a sincere hug.

God had done so much in just one morning by pouring into people’s lives. Not only into other people’s lives, but Father was doing a huge work in me as I was able to partner with Him to bring healing to one of His sons, my brother in Christ.

When the Texas team was done with their two hour set, I knew I had to share the testimony of what God did during the morning. Our Heavenly Father had used them to draw people to His presence. As I shared, the team members also broke down in tears for the opportunity to partner with Father in His work. Through their worship and sincere hearts, God was continuing to do His mighty works at David’s Tent and throughout DC.